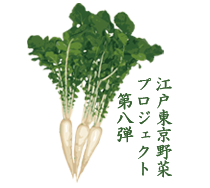 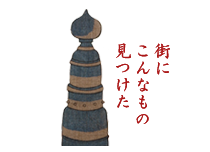 What do you imagine when you hear the word “Nihombashi”?
Nihombashi is the name of a bridge, as well as the name of the town, or area, that surrounds it.

In 1603, the first Nihombashi Bridge was built by Ieyasu Tokugawa.
The following year, it was established as the starting point of the Edo Five Routes (Tokaido, Nakasendo, Koshu Kaido, Oshu Kaido, and Nikko Kaido), and it continued to grow into the busiest downtown area in the city of Edo and throughout Japan.
There is an expression, “hi-sen ryo (one thousand gold pieces a day)”, which expresses how prosperous the Nihombashi area is. It is used to describe a town where a large amount of money is spent.
The area had government-authorized theaters, the Yoshiwara pleasure district, and the Uogashi fish market in Nihombashi, and merchants, producers, and artists gathered in the area.
In other words, people, goods, and information were concentrated in the Nihombashi area to form a large market. For this reason, various aspects of Edo culture that added color to the lives of people formed and matured in this area.

“Monthly Nihombashi” is a community magazine that specializes in information related to Nihombashi and transmits the appeal of the area.
It was launched in 1979, and is the oldest among existing magazines that transmit Nihombashi-related information.
The magazine has also covered history or culture related to or starting in the area in detail since its launch, thanks to the cooperation of the Nihombashi community.
One of the features that Monthly Nihombashi prides itself in is its many articles containing information that has never been released anywhere else.

Although informational or free magazines are good because they can be read easily, “Monthly Nihombashi” insists on being a “community magazine” that delivers topics about Nihombashi”s present and past to be read appreciatively.

The culture of eating out prospered in Edo (the old name for Tokyo) as its population was mostly single men, such as artisans from various countries and young samurai who came to serve masters in the area. There used to be a riverside fish market in the Nihombashi area, which was the center of food culture in Edo. Various cuisines can be enjoyed here, including the so-called big four Edo (Tokyo) foods of soba, sushi, tempura and eel.